While extremely diverse in origin, all cancer cells show common features of profound metabolic changes and escape from the immune system. It is now obvious that metabolic adaptations are not limited to glucose metabolism (Warburg effect) but are more general and affect several metabolic pathways in cancer cells but also in immune cells. Understanding how metabolism can affect tumor cells and the anti-cancer immune response therefore represents a potential therapeutic intervention point that can be exploited to develop novel therapies and new diagnostic and prognostic markers for a wide range of tumors. However, the development of therapies targeting metabolism is hampered by the shortage of scientists with interdisciplinary training that can navigate with ease between academic, industrial and clinical sectors and have the scientific and complementary skills to convert research findings into commercial and clinical applications. This network provides a pan-European interdisciplinary and intersectoral training programme of excellence bringing young researchers together with world-leading academics, clinicians and industry personnel. As part of the research training, the consortium will conduct a set of hypothesis – driven research projects focusing on ONE question: how metabolism is associated with modulation of cell death susceptibility and the immune response in the context of cancer. The META-CAN members are experts in cancer metabolism, cell death, cancer immunity, data analysis and immunometabolism. Our network will provide 15 early stage researchers (ESRs) with high quality scientific training that involves the integration of multiple newly-emerging and state-of-the-art disciplines such as quantitative metabolomics and fluxomics,

medicinal chemistry, machine learning and data mining, translational molecular and cellular biology, quantitative protein biochemistry and pharmacology and pathological/clinical diagnostics. These ESRs will have greatly enhanced career prospects and will continue to advance the state-of-the-art in the biomedical field in their further careers.

META-CAN focuses on developing and broadening the research competences of the ESRs to the highest international standard through a coherent training program that will incorporate individual research projects, network-wide scientific and complementary training courses as well as relevant international, interdisciplinary and intersectoral secondments (academic, clinical, industrial research and development, outreach or scientific publishing). This will provide the ESRs with a unique training experience with the aim to produce researchers with the skills to convert knowledge and ideas into products and services. The use of different types of cancer, thanks to the complementary expertise of META-CAN centers, will allow all ESRs to acquire a broader knowledge on the metabolic pathways involved in the cancer-immune cells interactions.

Cancer is the leading cause of morbidity and death in Europe after cardiovascular diseases representing an incidence of over 3.4 million persons in 2012. Cancer cells are characterized by uncontrolled and rapid proliferation. Deregulation of the cell division machinery requires metabolic adjustments to provide macromolecules and energy to fuel cell growth and division. In the presence of oxygen, glucose is converted via glycolysis into pyruvate, which is then transported to the mitochondria. 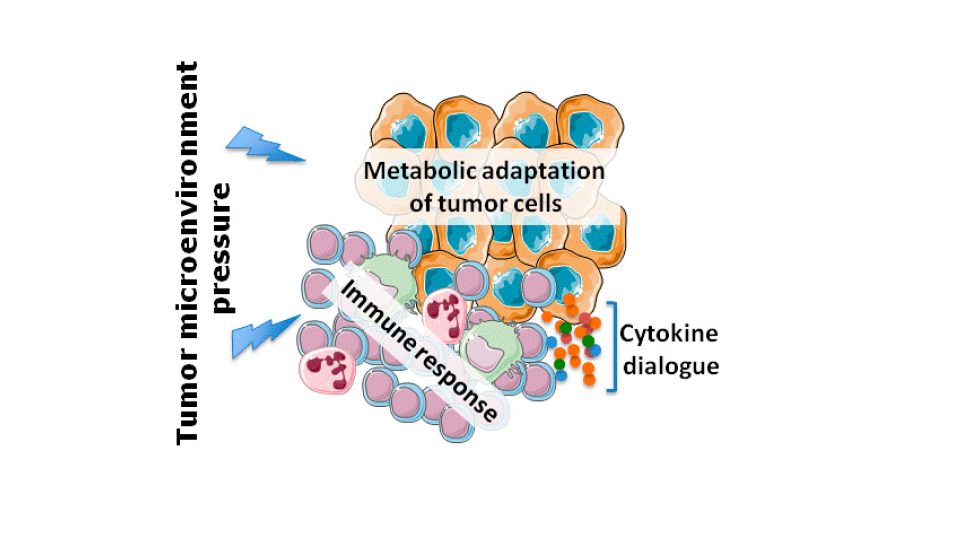 Otto Warburg was the first to demonstrate that cancer cells, even in the presence of oxygen, reprogram their utilization of glucose and favor the production of lactic acid instead of transporting pyruvate into the mitochondria1. Energy and metabolic intermediates are required to sustain proliferation and cell-death resistance, and tumor cells promote metabolic reprogramming not only cell-autonomously but of the whole organism (Figure 1). The metabolic adaptation of a tumor cell is also linked to an addiction to the amino acids and lipids that provide a wide variety of energy sources. Due to the rapid proliferation of cancer cells, the tumor quickly exhausts the nutrient and oxygen supply from the normal vasculature, and becomes hypoxic. Low pressure of oxygen will stabilize the hypoxia-inducing factor-1 (HIF-1) leading to the expression of genes involved in cell survival and angiogenesis via vascular endothelial growth factor (VEGF). HIF-1 expression also induces metabolic changes in tumor cells to meet their high-energy requirements2.
Many environmental causes of cancer and risk factors are associated with some form of chronic inflammation. Inflammatory responses play decisive roles at different stages of tumor development, including initiation, promotion, malignant conversion, invasion, and metastasis3. Inflammation also affects immune surveillance and responses to therapy. Immune cells that infiltrate tumors engage in an extensive and dynamic crosstalk with cancer cells.

Immunotherapy aims to re-engage and revitalize the immune system in the fight against cancer. Immune treatments targeting the checkpoint blockades cytotoxic T-lymphocyte-associated protein 4 (CTLA-4) and more recently Programmed Death 1 (PD-1) and Programmed Death-Ligand 1 (PDL-1) are one of the major breakthroughs of the past recent years for cancer therapy. However, checkpoint blockade is not uniformly effective and the underlying mechanisms are only partly understood. New evidence shows that the infiltrating immune cells also undergo metabolic alterations that contribute to their pro-or anti-tumor functions4,5. Importantly, the metabolic dialogue between tumor cells and immune cells underscores the plasticity of metabolic reprogramming of immune cells during tumor growth. Exploring the link between microenvironment, immune response and cancer progression has the potential to significantly improve our understanding of cancer and lead us to new therapeutic strategies. 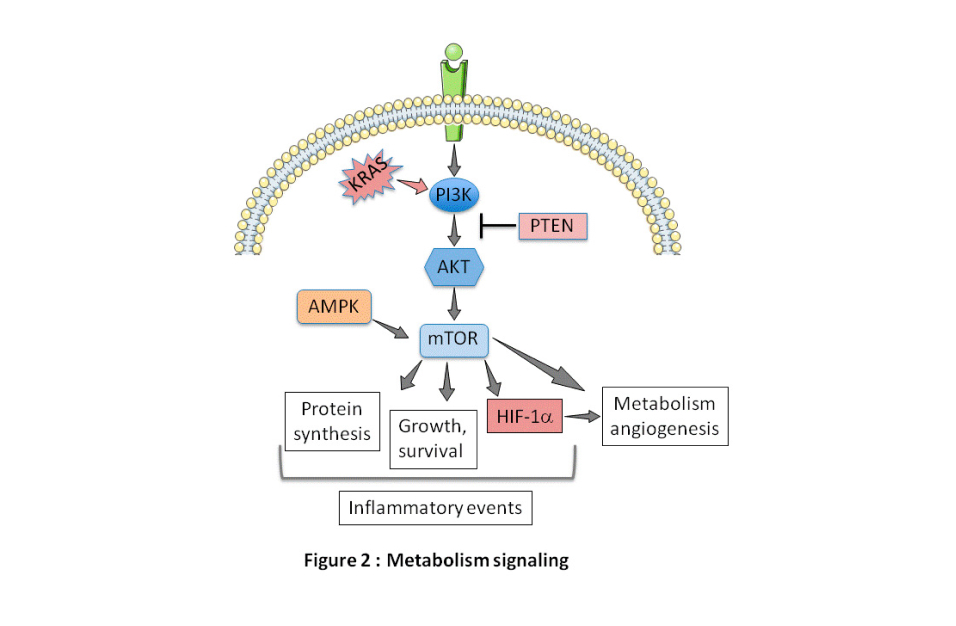 Figure 2. Major signaling pathways that regulate cancer metabolism. The major hub is the PI3K/Akt/mTOR pathway6. Stimulation of receptor tyrosine kinases (RTKs) by growth factors or activating mutations in the RAS family of GTPases, such as KRAS, results in activation of PI3K. Activated PI3K enables the phosphorylation and activation of AKT. AKT in turn activates mammalian mTOR. mTOR is an important regulator or metabolism in immune cells that couples nutrient sensing to metabolic outcomes like glycolysis, fatty-acid synthesis and protein synthesis7. mTOR enhances HIF-1 signalling. The phosphatase PTEN dephosphorylates the products of PI3K, inhibiting activation of AKT and subsequent downstream targets. 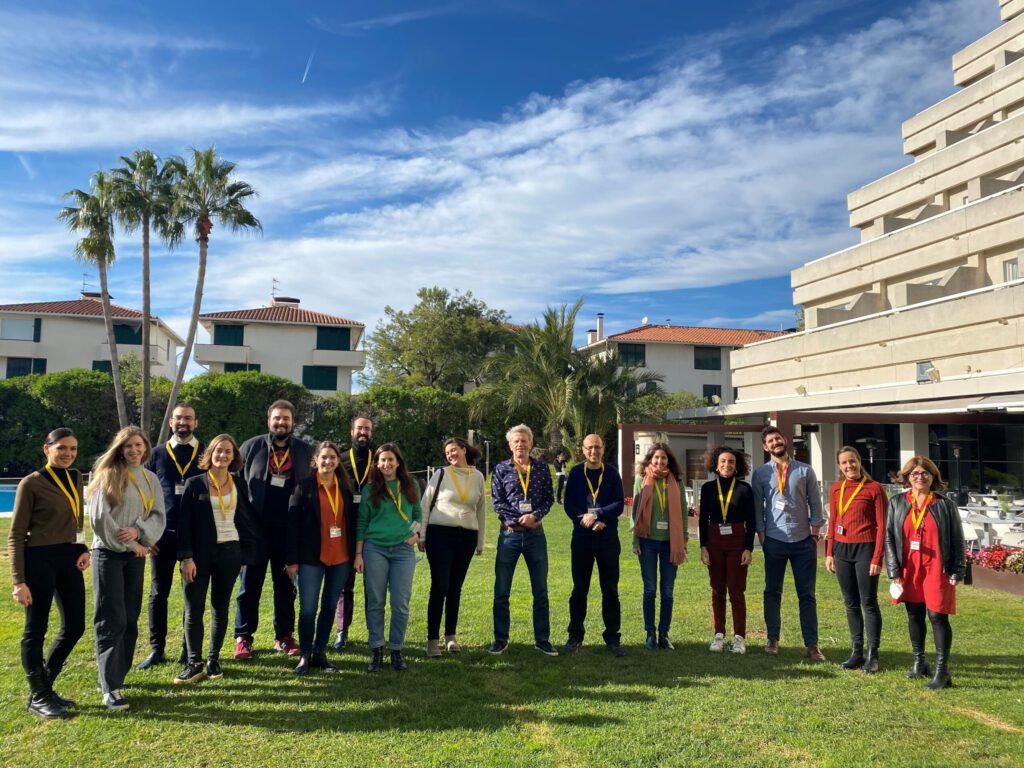